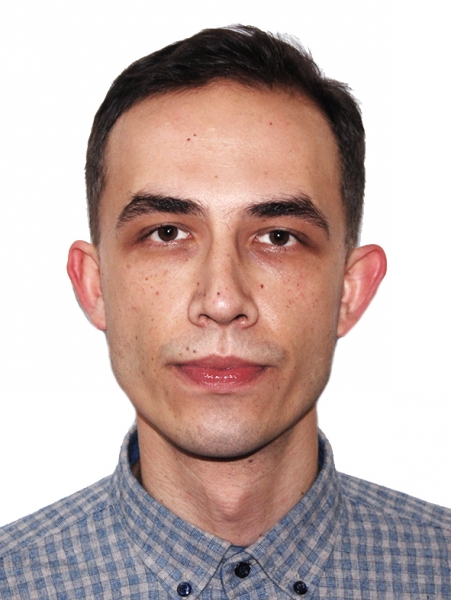 Stanislav Grosu is an expert associate of the Institute. He is a medical doctor, working in the field of psychiatry and addiction, with emphasis on psychopharmacology and clinical assistance. He is currently affiliated with the Department of Psychiatry, Narcology and Medical Psychology as assistant professor, within the State University of Medicine and Pharmacy Nicolae Testemițanu in Chisinau and is a scientific researcher at the laboratory of Narcology within the University. With a master degree he was involved in several research projects both in a collective and independent works. Stanislav Grosu took part in national and international conferences during studies and medical activity, having received several honorary and prize certificates. His participations included also invitation for public lectures or as section moderator within conferences and medical courses, involvement in certain public health and social initiatives. He recently took part in the workgroup for ellaborating a national clinical protocol and the preparation for Ministry of Health revision. Together with other members of the medical community Stanislav Grosu started the first recognized short mobility program in medicine between Romania and Moldova within the medical universities and also organized the first Brain Awareness Week promotion campaign in Moldova. He often collaborated with national organizations including Young Researchers Council, the Association for Study and Management of Pain, Drug Research Centre, National League against Epilepsy from Moldova and Institute of Chemistry Academy of Sciences of Moldova.

Since 2015 he organized several lectures in Chisinau on cannabinoid medicine with the kindness of international researchers and doctors from US, Slovenia and Israel. Publication of relevant articles started in 2012 mainly in Romania and Moldova, and later preparing abstracts and communications for several medical congresses. In 2016 becomes a regular member of International Association for Cannabinoid Medicines by invitation. The interest for cannabinoid medicine and cannabis configured after participating at Leiden International Medical Students Conference in 2009. The phytopharmacology altogether and the research and application of cannabis plant constituents is certainly a good and supported direction forward, including neurologic and mental health sciences.

Stanislav Grosu finished the study of medicine at the Faculty of Medicine, State University of Medicine and Pharmacy “Nicolae Testemitanu” in Chisinau. At the same university he also received his Masters degree in Human physiology.