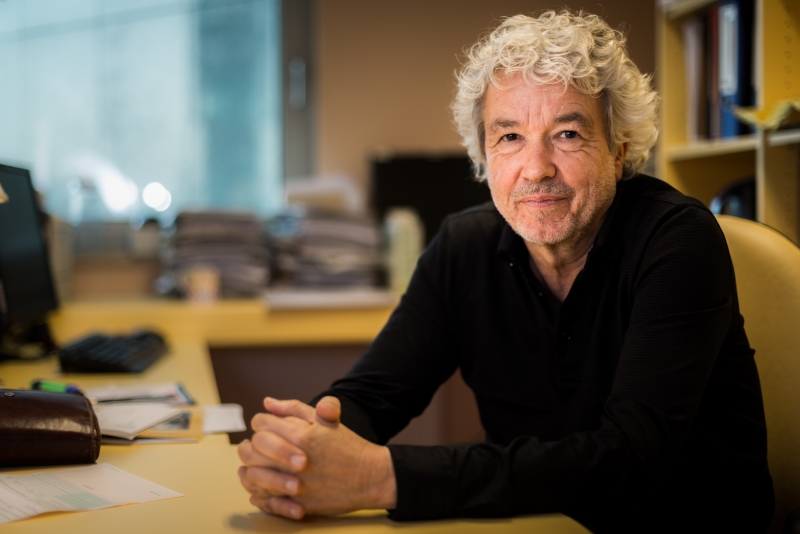 David Neubauer is a member of the Expert Council and expert associate of the Institute. He is employed in the Pediatric Clinic in Ljubljana in the Clinical department for developmental, child and adolescent neurology, whose representative he was for more than 17 years. He has collaborated for over 30 years with the Division of Child Neurology, Childrens' Department, Al-Sabah Hospital in Kuwait, where he is invited as a consultant and a lecturer. As a full professor, he gives lectures at the Faculty of Medicine in Ljubljana and has international experiances as a visiting professor in Kuwait, France, Zambia, Kosovo, Croatia and in Bosnia and Herzegovina. His broad experiences in the field of education include mentorship for the pediatric medical specialists (Medical Chamber of Slovenia), the shaping of the specialization in the field of child neurology, providing lectures for  the program of the doctoral study of Neuroscience at the Faculty of Medicine in Ljubljana, co-chairman of the doctoral program of Neuroscience at the Faculty of Medicine in Zagreb, chairman of the postgraduate study of child and developmental neurology at the Faculty of Medicine in Ljubljana and mentorship for doctoral students of the Faculty of Arts, Faculty of Health Sciences and the Faculty of Sport at the University of Ljubljana, with their doctoral dissertations. His area of expertise lies in the field of neonatal neurology, pediatric neurophysiology, sleeping disturbances and breathing problems during sleep, rare neurodegenerative and neurometabolic diseases and ethics in pediatrics. As a coworker and an operator he collaborated in several national and international researches. He successfully integrated himself into several european projects (RESPECT, nEUroped, SCPE-IV Net, Leonardo da Vinci) and as a lecturer actively took part in the congresses in Slovenia, Croatia, Italy, England, Austria, Germany, Sweden, Kuwait, France, Hungary, Israel, Lebanon, Syria and Turkey. Cooperation in organising several scientific congresses is also one of his active involvements. He has an extensive bibliography and is a longterm executive editor at the library for children neurology and an editor of the Journal of Pediatric Neurology. For almost 20 years now he is the president of the administration for the non-governmental organization Establishment for Children Neurology (Ustanova za otroško nevrologijo) and is a 15 year member of the management in the Association of Slovenian foundations – ZSU. Not only is he the member of those establishments and institutions, but also a member in several other organizations, which operate in the field of health care, like: Slovenian Society for health care – SZD (slovensko zdravniško društvo), European Society for Paediatric Research, Mort Subite Europe Research, European Society for the Study and Prevention of Infant Death, SIDS International, European Pediatric Neurology Society, European Pediatric Sleep Club, European Academy of Childhood Disabilities, International Child Neurology Association, he was the Slovenian representative at the Committee of National Advisors, , Research and Teaching Excellent Students (as the main coordinator) and is the president of the Working group for Ethics at the European Academy of Paediatrics (EAP- Paediatric Section of UEMS).

As a commited pediatrics specialist, he and his colleague Mirjana Perkovič Benedik, M.D., Ph.D., were the first in Slovenia to dedicate themselves to the medical treatment of children, who suffer from refractory epilepsy, with the help of a cannabidiol (CBD) and the medical cannabis sativa. This led him to collaborate at the first observational study of treating children, who suffering from epilepsy in Slovenia, which showed remarkably positive results. Neubauer strives for the upgrade to the previously stated medical treatments, with the implementation of a scientific study in which he would compare the effect of a synthetic CBD and natural CBD – extract, which contains different substances of the cannabis sativa aswell and has even greater potential.  In addition to the effects on epileptic seizures, he is also interested in the impact and effects on behaviour picture of the child, sleeping, motor skills, tics, spasticity etc. He advocates the necessity of doctor education in the field of therapy and treatment with the use of the cannabis sativa, after the necessary arrangements on the legal basis on this matter and taking into account the volition of the people, who have the right to choose for themselves how they want to be treated.

David Neubauer is a doctor of medicine, pediatric specialist, child neurology specialist and a doctor of medical science. Postgraduate education led him to France, England, Zambia, Austria, Kosovo, Denmark and Hungary. He was awarded the title of senior councilor from the minister of health of the republic of Slovenia for his education and active work towards an active contribution to science, pedagogics and research in the field of health care.