''The declaration is not a legally binding act, but it can serve as an expert guidance for the current Slovenian government to implement more common sense and evidence-based measures regarding cannabis and its regulation in Slovenia.'' 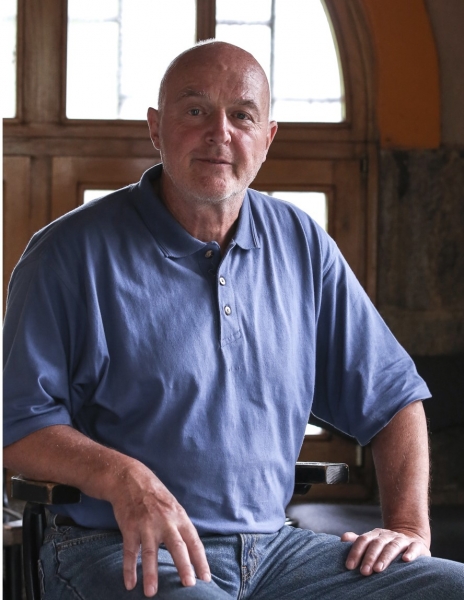 Dušan Nolimal, M.D., M.S.P.H.
President of the Organization Board

Rarely do we find so many differences in assessing the benefits and risks of a plant or substance, as in the case of cannabis. Cannabis would be a much smaller challenge if its ban would not be based on fraud and if people did not demand it as much. The ban does not take into account the economic theory of supply and demand. The causes of high demand for cannabis are hiding primarily in the discovery of the endocannabinoid system (ECS), which regulates practically everything we do. It can be influenced also by certain substances from cannabis, called cannabinoids, and so cannabis is making its way back into medicine, but doctors or scientists have, in the recent past, been called into the war on cannabis and indoctrinated with the information that cannabis use leads to insanity and crime, and has no medical value. Today we are finding that we have been misled.

Cannabis products can be among the safest and most powerful painkillers, if used judiciously, and we are expecting more indications for the use of this healing plant. Justifiably we question how it is at all possible that about 60 years ago the United Nations placed cannabis on the list of very dangerous and illicit psychoactive plants and substances. Even today many stories are told in the public about the serious dangers of cannabis to preserve its ban that is primarily of benefit to criminals, lawyers, bureaucrats and certain large corporations. The problem is not in the lack of information, but in the dissemination of disinformation. For this reason, the classification of cannabis in the system of international control of dangerous drugs represents a unique historical anomaly, which should be examined and eliminated as soon as possible, since this fact led to stigmatization of the plant and its users and slowed the development of medicines based on cannabis or cannabinoids for several decades. Only few start research in the field of cannabis without prejudice. The influence of bias does not merely involve the final explanation of the findings, but it is already evident in the gathering of facts and exaggeration in relation to its threats to health; therefore, cannabis is still classified in the group of very dangerous drugs to human health due to the serious consequences their abuse can cause. As many as 85% of criminal acts and offenses due to illicit drugs are related to cannabis, most often used for personal use. The courts are filled with cases related to cannabis, which burdens the already overcrowded criminal justice system and exhausts the treasury. The ineffectiveness of the ban and punishment is embodied also by the fact even in the most protected prisons cannabis can be obtained.

The prohibition and punishment policy imposed by current legislation and the national drug strategy are not effective in reduction of access to cannabis for minors; 45% of Slovenian high school students believe that cannabis is fairly or easily accessible. Worrying information about the irrational, unnecessary and harmful nature of the cannabis ban and the attempts to intimidate those who think differently have awakened many doctors and scientists to start cooperating and actively opposing prohibitions that hinders the search for better solutions for children, patients, clients and residents in general. We opened a serious public debate and suggested investing in the research and legalization of cannabis for medical use and gradual access and new regulation of cannabis for the adult population.