Hemp: a plant with many names

''Due to many exceptional potentials of this plant it is time to start an open and evidence-based conversation about this plant and its ingredients, and therefore we right place to start is with giving the plant a (correct) name.'' 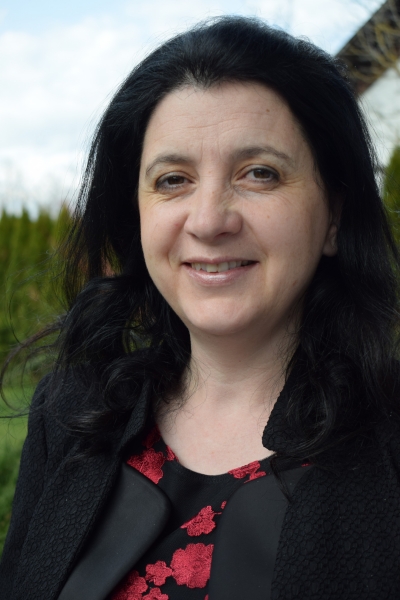 Both in the wider region and all around the world hemp is associated with many names and different definitions, e.g. hemp, cannabis, marijuana, ganja, marijuana, industrial hemp, ordinary hemp, medical hemp ... So many names are misleading and the plant is accompanied by many years of prohibition and criminalization, as well as many myths and much disinformation.

In today's time of globalization and Internet accessibility, it is especially difficult to tell apart facts from the myths and one of the first steps is to clarify the basics of what this plant is and what not.

Hemp, or in Latin Cannabis sativa L., belongs to the botanical order of Cannabis, the family of Cannabaceae, which belongs to the rose order, the dicotyledon class and the angiosperms phylum.

It is considered that the plant originated from the damp areas of Asia, and humans discovered it very early, domesticated it and started to grow it for a very wide range of uses.

Due to the long history of coexistence between the man and the plant, many subtypes of hemp have developed, especially lately, so today there are thousands of strains with very poetic names like Banana Kush, Blue Dream, Gooberry, Hell's OG, Jack the Ripper, ACDC ...

Many crossings, both human and nature-based, undoubtedly make the taxonomic classification difficult, and it is still the subject of many professional discussions.

The first classification can be found in Botanica Pinax Theater Botanica from 1623, by Caspar Bauhin, but by the mid-18th century Carl von Linnaeus gave a new nomenclature framework, described in Species Plantarum, where hemp is described as only one species Cannabis sativa. In 1785, Lamarck proposed two types of Cannabis sativa hemp, a species present predominantly in the West and Cannabis indica, a wild species growing in India and neighbouring countries.

This division was quickly rejected and Lindley again confirmed Linnaeus's theory that there was only one species of hemp. Only in 1924 a new type, Cannabis ruderalis, was introduced. Schultes and contemporaries in 1974 proposed a separate type termed Cannabis indica. Thus, since then we have had a classification into three types: sativa, indica and ruderalis. The discussion, if there really is the right classifications, is still ongoing to the present day.

A new view to this issue was enabled by the tools of molecular biology. It was confirmed that in the multitude of today's strains and hybrids it is impossible and scientifically groundless to prove the difference between sativa, indica and ruderalis and that in fact there is proof of only one botanical species, i.e. Cannabis sativa L. Within this species the plants vary by the amount of active substances and therefore we are talking about division into chemovars.

The names industrial hemp, fibre hemp or medical hemp, as a rule, create unnecessary confusion because they differ in purpose of use, the name does not reflect botanical differences nor the differences in the ratio and the amount of active substances.

Thus, for example, the term medical hemp (medical cannabis) in different countries is interpreted very differently, for example in some cases it means a high concentration of THC, in some others a high concentration of CBD, while in the third it means a standardized product. The most common emphasis with this term is on standardization and wider understanding of this term, which is not per se limited to “medical hemp” as a substance but a broader range of factors. The term industrial hemp is also interpreted differently, mainly related to the low (very different %) content of THC.

The world-renowned experts Dr. Hanuša and Dr. Meiri agree that there is only one botanical species Cannabis sativa L. that can be divided by the content of the active substances to chemovars and according to the purpose of use.

Due to many exceptional potentials of this plant it is time to start an open and evidence-based conversation about this plant and its ingredients, and therefore we right place to start is with giving the plant a (correct) name. Already in this aspect a lot of work needs to be done from international conventions on, starting with (the outdated) Single Convention on Narcotic Drugs of 1961, e.g. it consistently uses the term Cannabis for flowering or fruiting tops and Cannabis plant for any plant of the genus Cannabis. Many countries have misinterpreted these terms, and included the plant itself in the schedule I of the of narcotic drugs, which further contributed to the stigmatization of the area, which is another important issue, that exceeds the scope of this article.