"The Research Agency of the Republic of Slovenia and the Ministry of Agriculture, Forestry and Food supported the targeted research project Hemp cultivation in Slovenia in order to find practical solutions to problems occurring in hemp cultivation as soon as possible. " 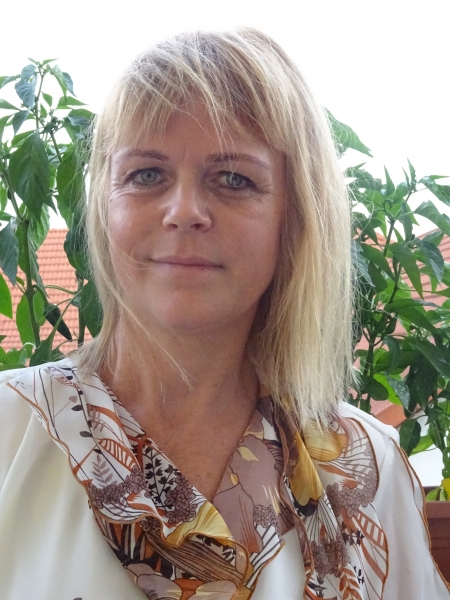 In the past hemp was well-known for its use for fiber and oil. Our ancestors cultivated it for centuries and the first known data on its cultivation in Slovenia are from the second half of the 18th century. Despite the long history of use of fibers, seeds and oil, it was later replaced by other crops. After 2004 hemp reappeared on Slovene fields, but the growers were faced with a series of agrotechnical dilemmas in hemp production, processing and use. The reason lies in the lack of experiences, since most of the existing experiences are based on manual work. In the past, most of the work in the cultivation and processing of hemp was done manually but today there must be the possibility of mechanized cultivation.

Hemp is a specific plant and differs from the dominant crops in Slovenian fields. It requires a specific agrotechnical methods and the adaptation of mechanization. The biggest problem in the cultivation of hemp in Slovenia was harvesting. During the time that the seeds are mature, the stems of hemp are already very tough and during harvest the fibers coil on the machine parts. This leads to a constant need to clean the machine, what not only prolongs and aggravates the harvest, but it can also cause damage to machinery. Varieties of industrial hemp are mainly breed and intended for fiber, which means that they ideally should be harvested much before the seeds have matured seeds.

In addition hemp plants are often very unevenly high, causing significant impurities in machine harvested seeds or loss of crop if the combine is set too high. If plants grow  higher than 2 m machine seed harvesting is no longer possible. For example, in 2015, despite large areas sown with hemp in Slovenia, a lot of hemp remained on the field, due to problems with harvesting and in the next year the number of fileds sown with hemp was reduced ... The average area of hemp cultivars in 2015 it was only 56 acres, which allows manual harvesting in case of sufficient labor force.

The height and uniformity of the plants are most dependent on the strain and weather conditions in a particular season, but we can also influence them with agrotechnology. There is no uniform agricultural practice for the cultivation of hemp among growers, in practice there are considerable differences in the way hemp is grown. Also in literature plenty of different information is awailable, already about the date of sowing and the amount of seed for different purposes of use. It is therefore necessary to adapt the production technology to our growing conditions, which will enable, on one hand quality crop and on the other hand mechanized cultivation.

The next problem we are noticing is the lack of our own hemp strains that are already adapted to our production conditions. In recent years, various foreign varieties of hemp have come to us. Thus, in 2015, as many as 18 varieties of hemp from different European countries were produced, which were previously not produced. Varieties that come from different European breeding houses and from different geographical areas are varied in morphological, physiological and economically important properties. Certainly some of them thrive better in our agro-ecological conditions than others, so they must first be tested and the ones that do not thirve eliminated. In selecting strains for seed production, their nutritional value should also be adequately evaluated, as strains, especially in combination with environmental factors, can vary greatly in nutrient content. In addition, certain strains can have different THC content when placed in different agroecological conditions, then they had at breeding. Therefore, when choosing varieties for introduction into new growing conditions, attention should be givent to this also.

In 2017 we at the The Slovenian Institute of Hop Research and Brewing (IHPS), have a polygon with 15 different hemp cultivars, which allows interested stakeholders so see a direct comparisons between strains, and a sister polygon at the Pomurje Fair.

In order to get closer to solving the problems as quickly as possible, the Research Agency of the Republic of Slovenia (ARRS) and the Ministry of Agriculture, Forestry and Food (MAFF) supported the targeted research project Hemp cultivation in Slovenia, which includes a comprehensive survey on the potential for successful hemp cultivation in our production conditions. We aim to find the most suitable strains for cultivation in Slovenia, to develop the technology for the production of hemp, with the focus on stable production of quality and safe crop, and to develop the cultivation of our own strains. The project, in which IHPS is the leading partner, began in October 2016 and will last for three years. The results and publications were immediately published on the project's website.