The shifts in Moldova

''Considering the recent advances I’m hoping for a brighter future of the plant, its active ingredients and their medical use in Moldova.'' 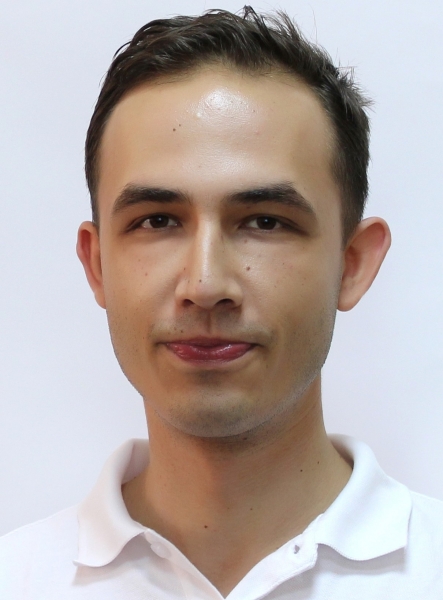 My personal interest in cannabinoid medicines was revealed to me after participating with a paper at the International Medical Students’ Conference in Leiden, Netherlands in 2009, where I first found out about the medical properties of cannabis compounds, and also during my master in Human physiology in Chisinau where I studied the human endocannabinoid system. I believe that phytopharmacology in general and cannabinoid pharmacology can offer reliable alternatives for many conditions and cases where the standard applications do not give the expected results and I think that the government must provide access to any kind of treatment the person and the physician decide to be a proper one.

In Republic of Moldova cannabis, cannabis resin, cannabis oil and tetrahydrocannabinol are included in the 1st Table of psychotropic substances with government ordinance from 2004 (1,2). In this group there are substances with no medical value and no medical use, with parallel to UN Drug Conventions dating since 1961, 1971, and 1988. Further according to government ordinance from 2006 regarding the list of psychoactive substances and plants and also their quantities, dried cannabis starting from 2g, green cannabis starting from 10g, hashish 0.5g, cannabis resin and oil from 0.05g are referred to as large quantity. The penal code of Republic of Moldova punishes drug trafficking of large and extra large quantities with up to 15 years of imprisonment. Also more than 80% of criminal files are opened for cannabis and cannabis resin, with quantities up to 10g for cannabis in more than 65% of the files, and considering that the upper limit of large quantity in Moldova for cannabis is 500g. Another considerable aspect is that the prosecutors consider cannabis resin to be the side product of combustion that is left on the accessories like pipes or bongs, which is not correct botanically.

But recently there has been progress. In Moldova several state officials took public position for accepting cannabis as a plant with medical value, although mainly indirectly. Some of them are members of Parliament, like Vladimir Hotineanu, MD, PhD, that published a book in 2012, entitled ''Medicinal plants'', were there was a small chapter on cannabis and it's relevance for medicine. Another state official is Gheorghe Brega, also a doctor before the political carrier, and current Chief of National Commission Against Drugs, who proposed a Law in 2013, that followed permission for several psychotropic substances larger use for medical purposes, including cannabis for the first time, but the proposition was not approved.

As a Moldovan psychiatrist, also a member of the International Association for Cannabinoid Medicines (3) presented briefly at the first press conference on cannabis for medical use in Moldova. It was held with the occasion of 4th South-Eastern Europe Health Ministerial Forum in Chisinau (4). The forum (5) included beside others topics also the prevention of illicit drugs use and citizens' protection. Therefore, the main aim of the press conference was directed towards informing the general population and the authorities regarding cannabis, cannabis extracts and cannabis constituents like cannabinoids and terpens, e.g THC, CBD, limonene, Beta-caryophyllene and others for patients' use. A total of 9 countries participated at the Forum in Chisinau. At the press conference it was discussed about the two countries participating, namely Macedonia and Israel, that modified the national laws and approved regulations for production, distribution, possession, sale and access to medical cannabis products for their citizens, Israel being one of the world's leaders in standardization, research and development of cannabis for medical purposes.

As a member of the IACM I presented briefly my personal independent report on Cannabis in medicine that was transmitted to the Ministry of Health the same day for further evaluation and therefore acceptance for reclassification of cannabis and delta9-tetrahydrocannabinol in Moldova, making possible future cannabis treatments.

Besides that Romania and Ukraine, the neighboring countries of Moldova, did move cannabis and cannabis extracts to Table 2 of psychotropic substances, in 2005 and 2016 respectively, and Ukraine officials like Head of State Drug Control Service stated that their country is willing to engage in larger changes for making cannabis accessible to patients who will need it.

Another significant fact was presented at the 38th Meeting Report of Expert Committee on Drug Dependencies UN (6) that recognized the interest of cannabis in medicine, but most importantly announced the engagement of ECDD (7) to prepare an exclusive report on cannabis directed to it's medical properties and undesirable effects for the General Secretary of UN and UNODC (8), that is considered by experts to be an historical step towards worldwide cannabis decriminalization and rescheduling.

Considering the recent advances im hoping for a brighter future of the plant, its active ingredients and their medical use in Moldova.