And the winner of the US election is … cannabis!

''I am convinced that a proper legislation and stronger collaboration between all stakeholders in Slovenia would contribute to maximally seizing the potential offered by hemp.'' 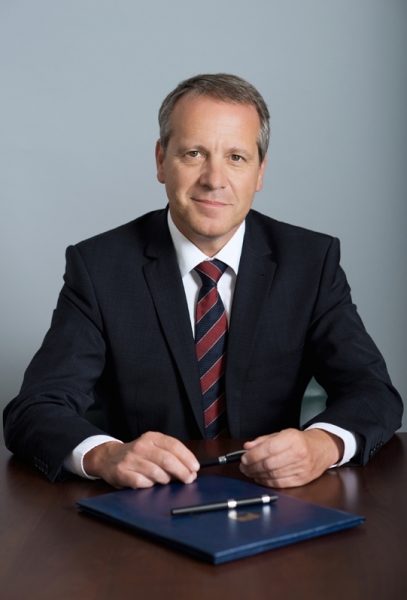 These were the titles of many articles appearing in the media across the US just a day after the elections. Besides voting for their new President, the Americans of nine States have at the same time voted on the cannabis legalization, eight of which have legalized cannabis. The new measures of legalization now mean that almost one quarter of the Americans live in States where recreational use of the cannabis is legal.  Furthermore, Florida, Arkansas, North Dakota and Montana have also voted for the use of cannabis for medical purposes, and all in all this number has now increased to 29 States. The laws allowing the use of cannabis or cannabis oil in these States may vary in from more restrictive to less restrictive, but they do have one thing in common: the authorities in these States have finally recognized the positive effects of the legalization for medical purposes, mostly due to the broad public support.

However, positive effects are not measured only through a greater quality of life for the patients with severe chronic illnesses, improved medical treatments and disease conditions, but also through appropriate taxation leading to multiplication of positive effects on public finances. In the past stigmatization and prohibition always led to the expansion of the black market, bringing huge profits to a handful of the privileged. In October, at the parliamentary sitting of the National Health Committee, the proposer of the legalization of the use and production of cannabis for medical purposes in Slovenia, Violeta Tomić, pointed out that according to some estimates as many as half of Slovenian cancer patients use cannabis products, who at this point are forced to purchase  on the black market. Many concerns arise from these facts, one of them definitely being safety, since the origin and composition of these products are often unknown and patients already in a disadvantaged position are faces with stigmatization and criminalization.

In the days when you are reading these lines a public debate about the new regulation act is happening, with which the Ministry of Health in the Republic of Slovenia should change the regulations according to the resolutions of the National Health Committee and remove cannabis/hemp form the group of most strictly controlled substances. In addition the Ministry of Health should prepare a set of regulatory acts enabling the cultivation and processing of cannabis for medical purposes. This would enable self-sufficiency and independence from the multinational cooperation’s, which is highly relevant in the light of the recent trends of accepting free-trade agreements. I feel the need to emphasize, that legalization of the cannabis for medical purposes would significantly contribute to a better access to the reliable information on proper use of the cannabis as medicinal plant, dosing and possible side effects, where such changes are also supported by scientists. Unfortunately the new legislation proposal does not follow the passed decision, does not remove cannabis form the group of most strictly controlled substances and does not enable cultivation and processing of cannabis for medical purposes. I regret that the Ministry of health did not follow the passed decision of the National Health Committee, which would improve the lives of many patients. Even the very conservative and strictly regulated neighboring country – Austria has adopted the law on the use of cannabis for medical purposes. As I have emphasized at the initial assembly ceremony of the Slovenian Association for hemp for nutritional and non-nutritional purposes, hemp has been cultivated in the European soils for hundreds of years, it is one of the first cultivated corps that was grown for different uses, but has been neglected for (to) many decades. Considering the possibilities of different uses and scientifically supported and proven effects this really is a pity. Based on available data more than 70.000 different products for everyday use could be made from hemp/cannabis.

I am convinced that a proper legislation and stronger collaboration between all stakeholders in Slovenia would contribute to maximally seizing the potential offered by hemp. Here I have in mind also the positive environment impacts. Hemp is namely an ecological material, appropriate for detoxification of degraded and polluted areas, it heals the soil, it is biodegradable, all its parts are usable, and therefore there is practically no waste.  Hemp does not need pesticides and chemical substances for its growth, so it is environmentally friendly and does not pollute the groundwater. The cultivation of industrial hemp is slowly rising in Slovenia in the last years. This plant can no doubt be called “the future plant from the past“ and presents an excellent opportunity for the economic growth and new jobs. In addition to that this would also be a step towards more sustainable and ecological farming, which protects the environment, preserves the natural sources, the cultural landscape and biotic diversity. I hope and wish that the groundless prejudice about cannabis/hemp will soon be overcome, since they have nothing in common with reality. It would be exceptional pity if Slovenia would not recognize and seize its positive developmental potential.

* The article was prepared in December 2016.