''Cannabis has been used for pain longer then written history of mankind and there are thousands of stories worldwide on the efficacy of cannabinoids for pain.'' 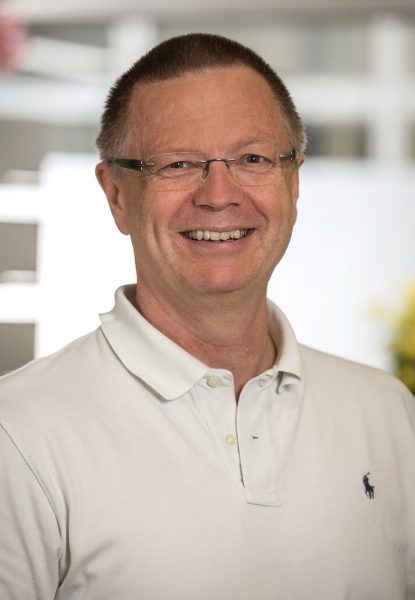 Plants and pain have a long-standing relationship. It is a curious fact that we owe a great deal of our insight into understanding pain to the plant world. Willow bark from Salix spp. led to development of aspirin and eventual elucidation of the analgesic effects of prostaglandins and their role in inflammation. The opium poppy (Papaver somniferum) provided the prototypic narcotic analgesic morphine and stimulated the discovery of the endorphin and enkephalin systems. Similarly, the isolation of THC from cannabis subsequently led to the discovery of the body’s own endocannabinoid system (ECS), which among many other things also modulates pain. Pain is an interesting phenomenon. We can not see it, can not prove it or measure it objectively. Yet we all know it and have felt it in our lives, pain is a deeply personal and subjective sensation. Acute pain has huge importance in our lives and our evolution.The situation is different with chronic pain. Animals generally do not display evidence of chronic pain, in the animal world such behaviour would be perceived as weakness and invite attack. In contrast it seems that humans have somehow learned that having and talking about chronic pain gives them attention and comforting emotional reactions, even compassion from surrounding people, sometimes even economic rewards.

Cannabis has been used for pain longer then written history of mankind and there are thousands of stories worldwide on the efficacy of cannabinoids for pain, from fibromyalgia, to migraines, to injury related pain, to professional sport related pain and caner related pain. Science is keeping pace, there are even clinical trials on the effects of cannabinoids for pain.  THC can be very effective in acute pain or severe episodes of chronic pain and more and more experiences and data are showing the importance of CBD and other plant cannabinoids for chronic pain, especially neuropathic pain and paint that also involves elements of inflammation. A plethora of plant cannabinoids can be found in whole plant products and these also show the best results in reducing pain. This can be explained by the synergistic or entourage effect of more then 1000 molecules the pant contains, not only more or less known cannabinoids and terpenes, but aso flavonoids, phytosterols and many other. Next to THC also cannabichromene (CBC), cannabigerol and tetrahydrocannabivarin (THCV) display interesting effects that might be beneficial especially in chronic neuropathic pain treatment and explain why whole plant products work better then isolated cannabinoids.

Another important consideration is also the combination of cannabinoids with other pain medication. From the studies and also from patient cases it is evident that cannabinoids can very well be used as an add-on to existing pain medication. In many cases the combination shows even a superior pain relief then either medication alone. In light of the wide opioid use this has even more importance. Several important implications for the combination were observed cannabinoids prevent opioid tolerance, reduce withdrawal effects and rekindle opioid analgesia after loss of effect. These combinations permit lower doses of opioids with the same effects, what minimizes incidence or severity of adverse side effects. Cannabinoids alleviate pain through a variety of receptor and non-receptor mechanisms including direct analgesic and anti-inflammatory effects, modulatory actions on neurotransmitters, and interactions with endogenous and administered opioids.

The reasons why doctors rarely use cannabinoids can be found in the lack of knowledge about the cannabinoids among medical doctors, the high prices of products and the still ongoing stigmatization of cannabinoids in healthcare.