Use of cannabis in veterinary medicine for small animal

''In my work with animals, I only use products derived from the whole plant that are rich in CBD, other cannabinoids (CBN, CBV, CBG…), terpenes, flavonoids, phenols, unsaturated fatty acids, vitamins and minerals.'' 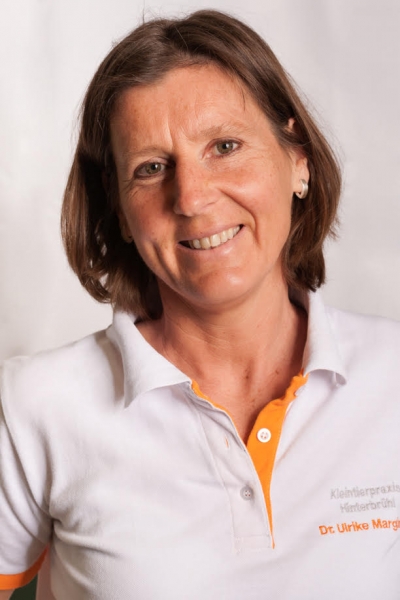 My interest in hemp/cannabis began in the fall of 2017. I was curious if this plant could alleviate various disease symptoms in animals as well as in humans, and so my research began. With a great deal of initial scepticism, I first began researching the mechanisms of how cannabinoids work and was pleasantly surprised to find a great deal of scientific literature with mechanisms and modes of action studied in depth.

In Austria, I was alone in studying the effects of CBD on pets, so I turned to colleagues from the US who shared their experiences with me. Initially, I was very careful, especially in regards to dosing. The whole topic of cannabis is very sensitive and I felt very responsible towards the animals I treated and also their owners, so blind experimentation - despite the low toxicity of cannabinoids - was not an option. I became more confident, after good experiences with initial treatments, the animals responded very well to the substance and there were no serious side effects even at high doses.

In the meantime, much has happened. Several veterinary dispensaries have emerged in Europe using cannabinoids in their daily practice with good success and many products specifically developed for animal are now available. In my work with animals, I only use products derived from the whole plant that are rich in CBD, other cannabinoids (CBN, CBV, CBG…), terpenes, flavonoids, phenols, unsaturated fatty acids, vitamins and minerals. It is also important for me that the products I use are organically grown and their composition is as close to the original plant as possible. The products I use contain up to 0.2% THC and are legally available in Austria.

Interesting differences can be observed between animal species when using cannabinoids; dogs tolerate cannabinoids very well, rodents (mice, hamsters, guinea pigs) are even enthusiastic, while caution is needed with cats. When given an oral dose of whole plant extract with cannabinoids, they often salivate and resist further use. This can be avoided by using products that do not contain terpenes, flavonoids and phenols, which can be irritating for cats.

The efficacy and dosing are very individual. We start with low doses so that both the animal and owner are slowly introduced to these substances. If necessary, starting doses can also be increased, generally we see that the reactions to cannabinoids vary widely depending on the condition of the endocannabinoid system in each animal. It is important that cannabinoids are dosed directly into the snout and not mixed with food, since the best absorption is in the oral mucosa. If necessary, CBD can be added to a small piece of a treat- this will keep the active substance in the mouth for some time before the animal swallows it.

Thus far I have used exclusively CBD oils from the whole plant and am a big advocate of such plant/herbal therapy for animals. It use has proven very well in geriatric animals, in which it improves sleep, appetite, cognitive function, muscle weakness, joint pain, just to name a few. Soon after the start of the therapy, we can notice that animals have more energy and strength, can take longer walks, older cats jump on the window ledge again and show a desire to play. Owners report a strongly improved quality of life in older animals. Psychosomatic conditions are also common in pets. Such animals repeatedly find themselves in situations that they are not used to, e.g. the fear of being alone in an apartment for a long time, or the fear of storms, thunder and loud noises, restlessness and nausea when driving, the aggression of other animals and humans, just to name a few. Cannabinoids have also been extremely effective in patients with epilepsy, even in acute conditions. I remember a case of a dog who had an acute epileptic seizure in my ambulant (due to a cerebral infection). When we applied approx. 150 mg of CBD to the mucosa in the snout, the seizure subsided and deep restorative sleep followed. The experiences with pain and tumors is very different, so at this time it is difficult to make any general conclusions.

CBD therapy has become a regular part of my daily practice, and animal owners also want and demand it. The legislative situation has been causing a lot of problems lately, but with such good experience in the treatment of animals, we need to fight and continue to strive for the use of these natural plant-based substances, that have proven to be very beneficial for their health