''There are numerous medical conditions in which doctors successfully prescribe cannabis and very rarely addiction develops.'' 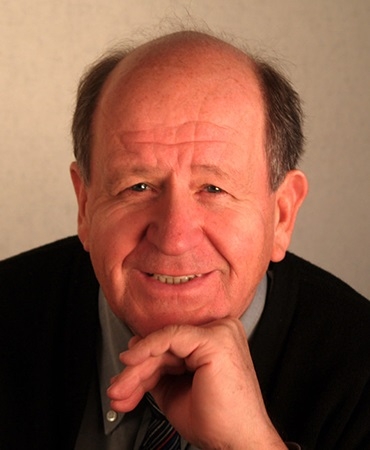 When discussing cannabis, the two aspects of a "drug" and "medicine" are often intertwined. There are numerous medical conditions in which doctors successfully prescribe cannabis and very rarely addiction develops.

Therapies with cannabis flowers and various cannabinoids have been either highly praised or demonized in human history. In addition to the numerous existing scientific publications, there are many anecdotal reports. From the perspective of an addiction expert, the dangers of this plant are being repeatedly over emphasized in the media by negative anecdotes. There are important facts to consider, such as that addictions are a very heterogeneous group of diseases and the fact that although the used substances show similarities to narcotic substances, there are important differences to be taken into account.

There are two important theories of addiction that have been discussed by the addiction experts for over 50 years. The first is the very famous gateway drug theory. This is based on the hypothesis that substance dependence occurs very rapidly through its pharmacological action, for example of tobacco, alcohol or cannabis and this leads to abuse and addiction after a single dose or a short period of use. Taking the "light" drug is followed by the abuse of the "hard" drug. Often, cannabis use is blamed for the subsequent abuse of other drugs, such as cocaine or heroin. However, it has also been shown that 95% of cannabis users easily quit without any treatment, after one year of use. More recent studies have shown that consuming cigarettes and alcohol can lead to later illicit drug abuse, and not so much the use of THC. Tobacco and alcohol use in adolescents increases the likelihood that they will later consume cannabis or other illicit drugs. The link between early alcohol use and later cannabis use is strong, but the connection of cannabis use to latter use of other drugs is much weaker. The second theory is the Cumulative Risk Behaviour Theory and it is controversial in many aspects to the first theory. It argues that the use of psychoactive substances depends on the interactions of many risk factors. Empirical international studies have shown a significant impact of factors such as personality, gender, age, education and family structure on illicit drug use. This theory of vulnerability states that primary vulnerabilities lead to individuals seeking and using drugs as a way of self-healing. This view is very complex, but in many ways more substantiate.
If narcotics such as opiates or cannabinoids are used for pain or benzodiazepines for epilepsy and clear indications are met, there may be a need to increase the dose after loss of effect or the development of the disease itself leads to more pain and a need for higher doses, but we almost never see addiction developing, unless many other risk factors are present. These patients are usually not young, and the risk of addiction is greater, the younger the users. Considering all these facts, cannabis cannot be considered a gateway drug and should be prescribed in the same way as any other medications, with clear and proven indications.
But if we are however speaking of reducing recreational use of cannabis, the first important step should be to change the public image of this plant. Cannabis/hemp is a herb that grows all over the world and is suitable for the production of textiles and paper, and is also used as food, ointment and much more. Cannabis is not a "special" substance and it is already used in medicine - like many other plants and herbs. Cannabis has a low potential for addiction, but it has a great potential for pain management for the seriously ill. Cannabis belongs in the pharmacies and not on the list of banned substances.
Knowledge of psychiatric and psychological research on addiction and its proper interpretation are essential in the current discussions on cannabis. Even doctors have a lack of knowledge of cannabis and cannabinoids, its use, effects, etc., so decided to organize a professional educational event * with the support of the Austrian Medical Chamber. So we kindly invite doctors from across the EU, as well as other healthcare professionals to take part at these lectures and discussions in Vösendorf, Vienna, on 10 October 2019.
* Medical Cannabinoids Conference